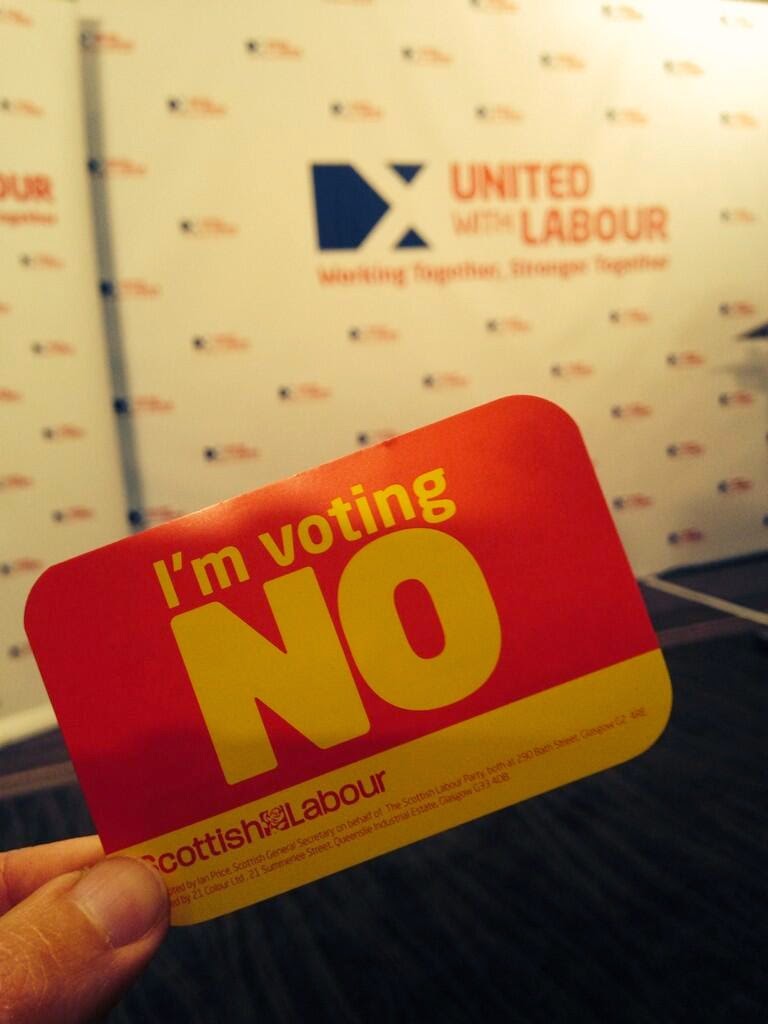 I'm voting No on September 18th.

I'm voting No and then I'm voting Scottish Labour in 2015 and 2016. Because that's how we can really get back to the never-ending fight for fairness for everyone.
at 12:05
Email ThisBlogThis!Share to TwitterShare to FacebookShare to Pinterest