Ed is on the bus

I have a few minutes to spare before heading out to speak to voters today, so I thought I'd jot down a few words about yesterday's visit from Ed Miliband, and his question and answer session at Newtongrange. 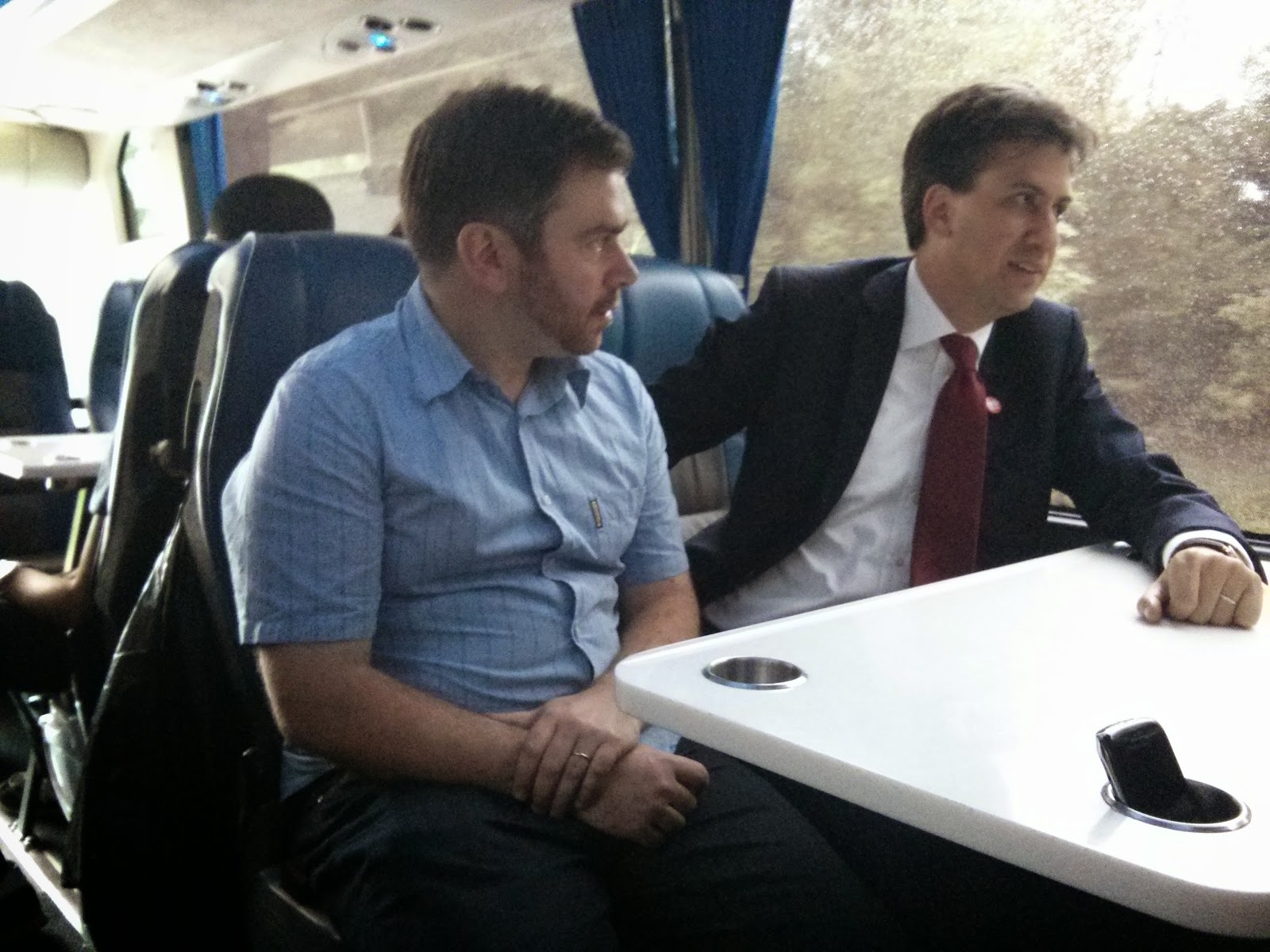 It was great to get the chance to talk to Ed about how the referendum campaign is going, as we travelled from Edinburgh to Midlothian with Anas Sarwar on Labour's referendum battle bus. He was clearly well-briefed, but keen to hear our impressions and concerns. As ever when I've spoken to him, he is far removed from the media caricature of wonkish awkwardness. He's smart, insightful and takes a long view. 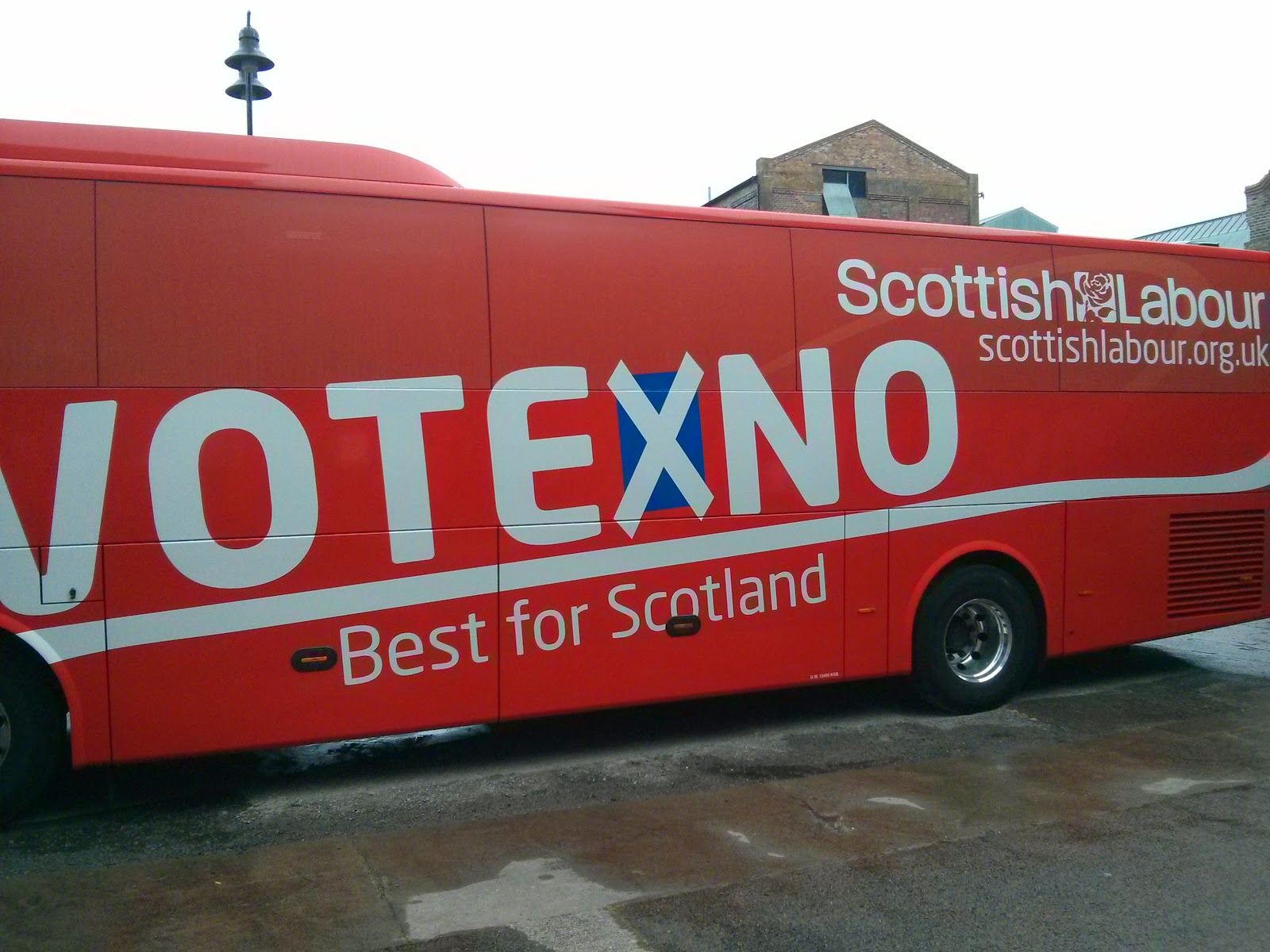 We arrived with a lot of time to spare, and as Ed was doing media interviews and meet-and-greets, it was good to catch up with friends from across the Lothians Labour movement. Newtongrange is a fantastic resource, and I realise it must have been a long time since I was last there - lots of new facilities and improvements. Well worth a visit. 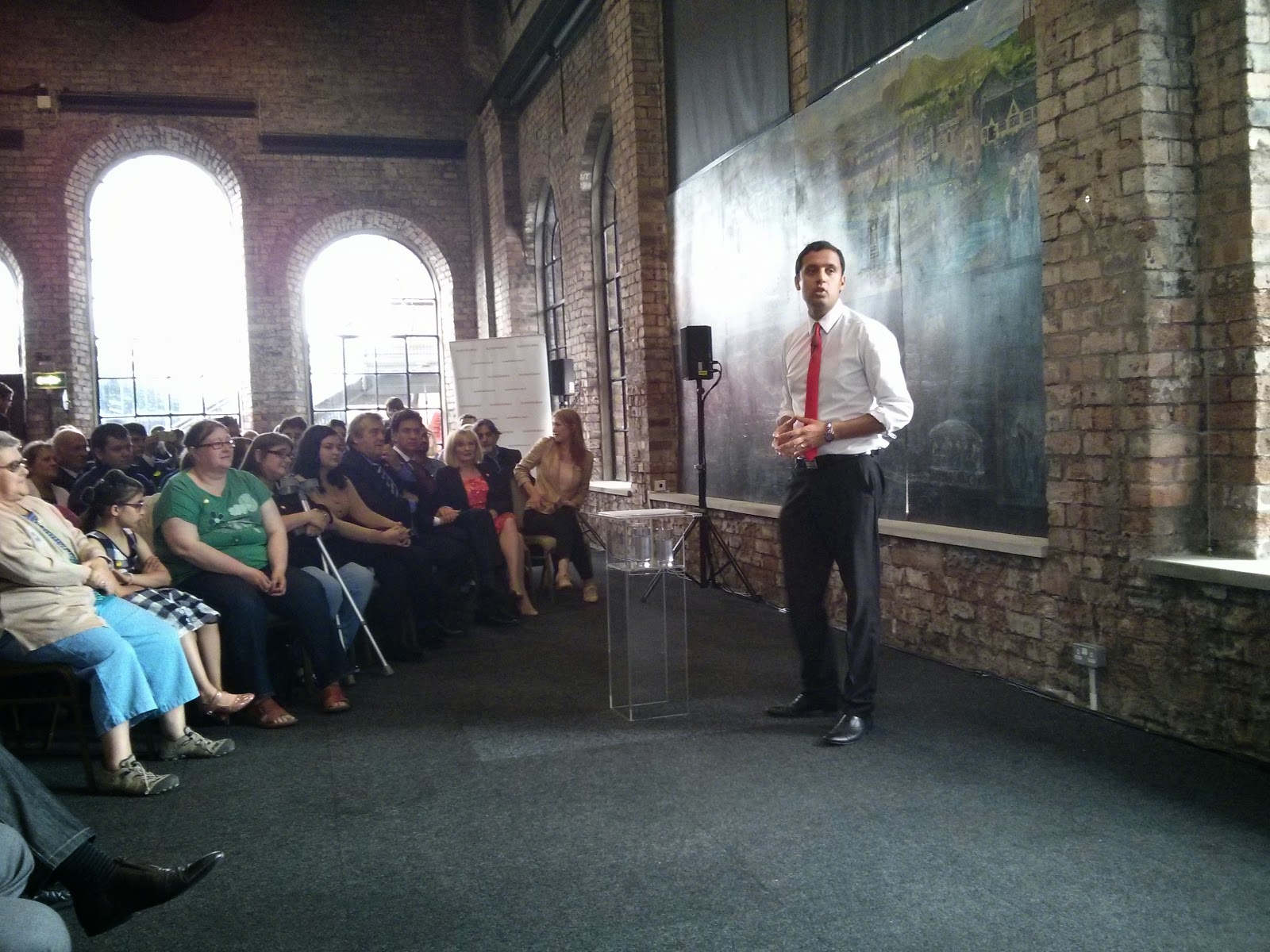 It's a striking setting for a talk, with light streaming in through massive windows, beyond which the preserved mine workings stand as a reminder of the industrial heritage this area has lost. Anas opened proceedings with a talk no less powerful for its familiarity, reminding us that the great achievements of the Labour movement have been the result of working together across the UK. 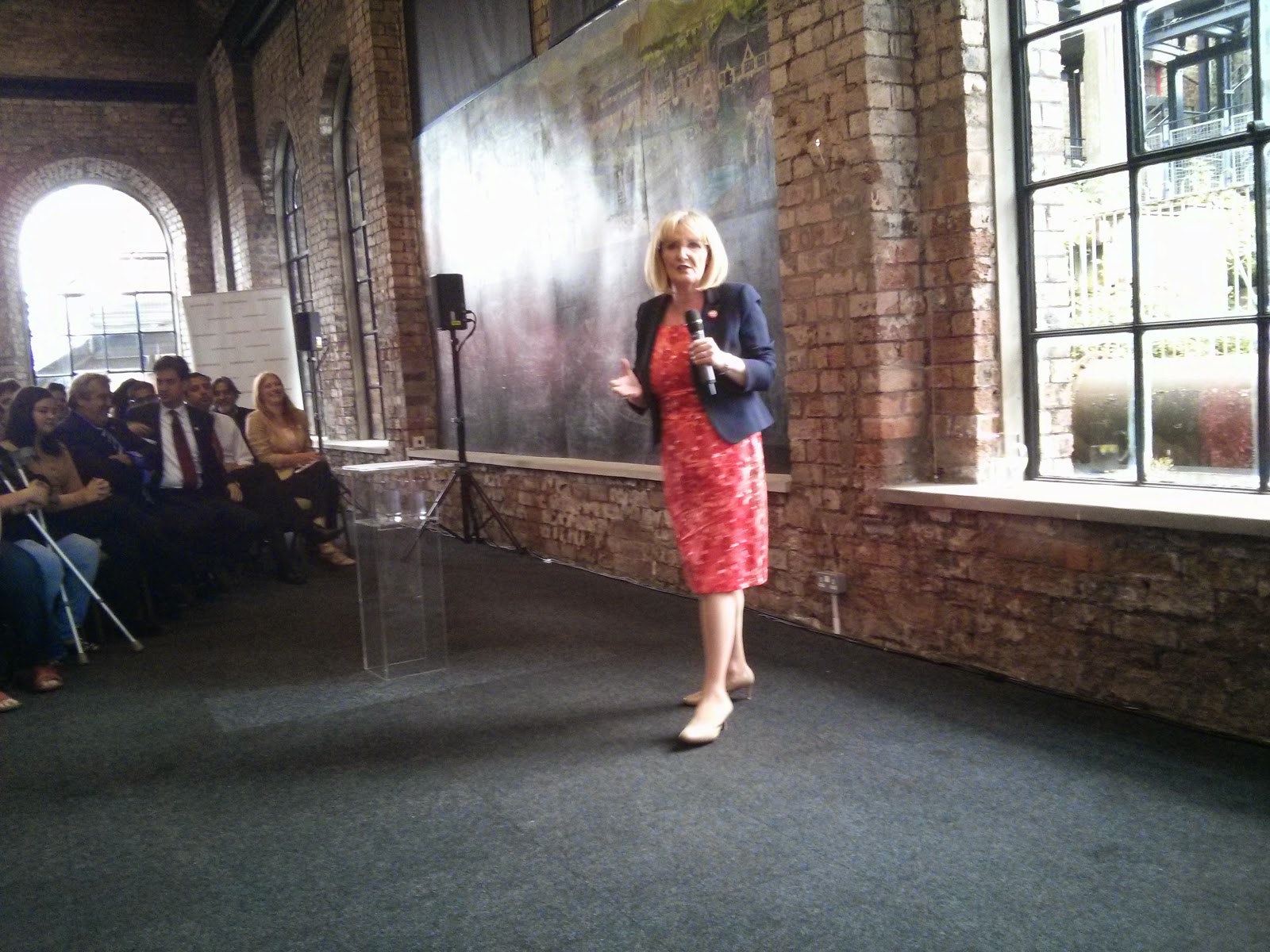 My online pal Margaret Curran stood up next to introduce the wonderful Davie Hamilton, and the affection in the room for him was palpable - here is a man who embodies Labour values and is rooted in the community he represents. No wonder the people of Midlothian don't want to vote Yes to lose his voice in our UK parliament. Both Margaret and Davie reminded us that Labour is in good heart and good voice in this campaign. We are united around a clear message, and it's a message the people of Scotland appreciate. 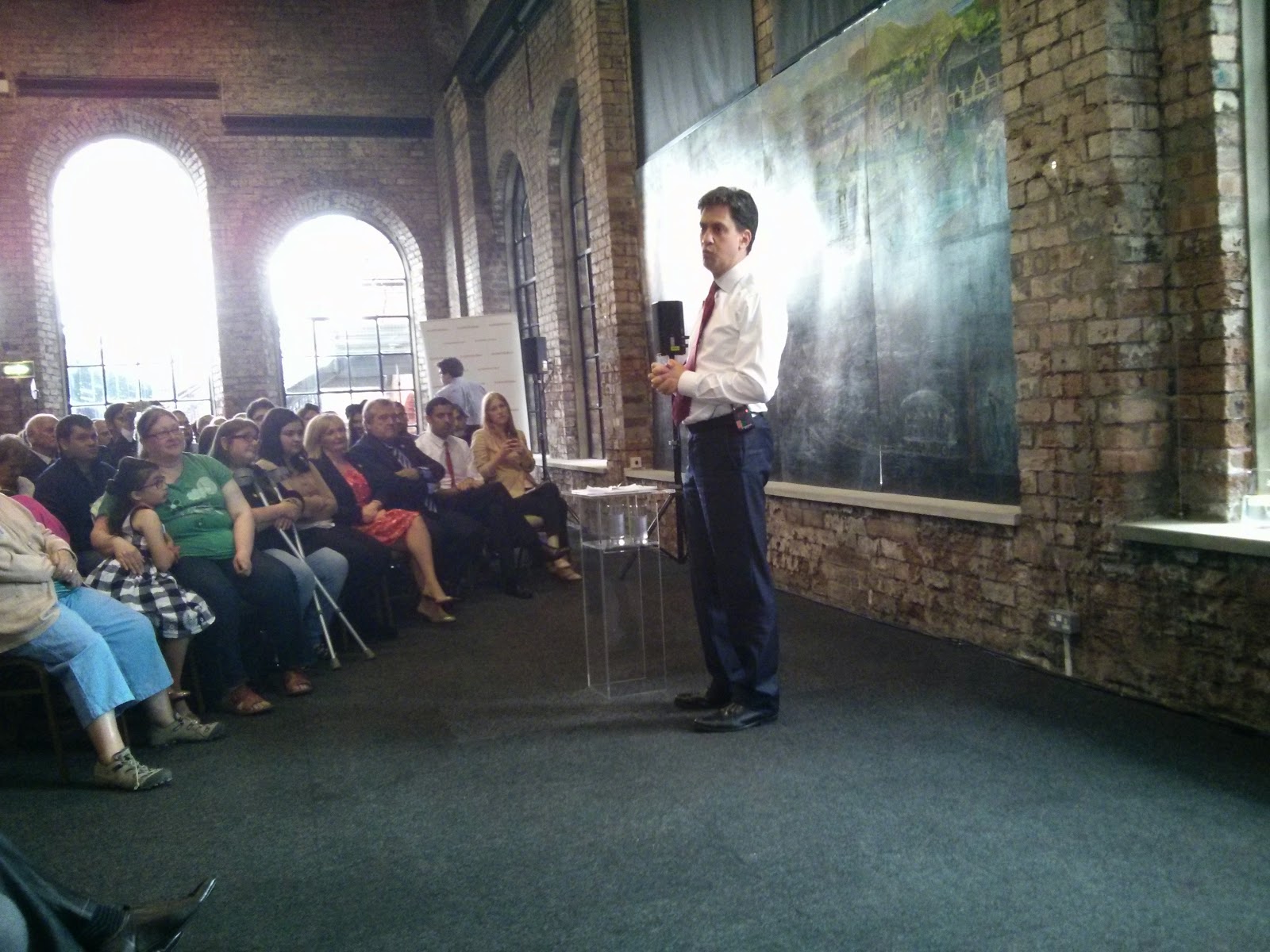 And then Ed stood up and, after speaking briefly about Davie, the campaign and the plans for 2015, opened the floor to questions. And this is where he shone. Everyone who raised their hand got a chance to speak, and we covered a wide range of areas from Trident to redistribution of wealth, to local devolution, plans for business growth and employment, and the sheer breadth of opportunity we have following a No vote to change Scotland for the better within the strength of the UK.

As we gradually left, there was a feeling from everyone I spoke to that this had been an uplifting, galvanising and positive contribution. Not everyone had expected it to be. But Ed came to listen and understand, and demonstrated to us all that he has the plan and the strength of character to deliver.

I got a lift home on the big red bus, and five minutes after walking in my husband said it had clearly been a good night, given the animated way I was describing it to him. It had. Sometimes this debate can be a hard slog of online fights and endless doorsteps. Sometimes we need a reminder of why we're doing it and who is standing alongside us. Last night gave me that, and looking out over Arthur's Seat at sunset I was very, very glad I went. 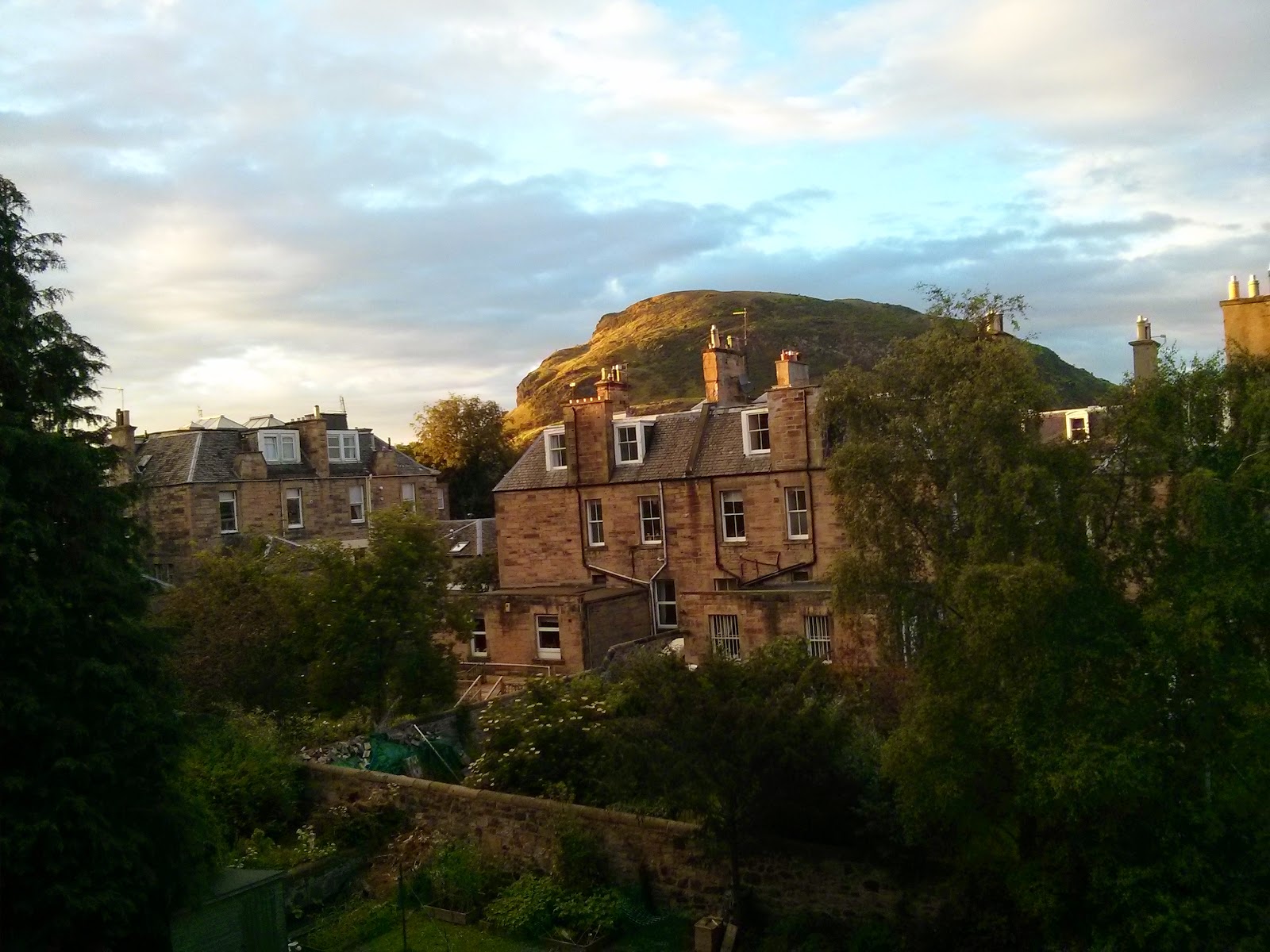 at 10:49
Email ThisBlogThis!Share to TwitterShare to FacebookShare to Pinterest