Too many bananas will kill you 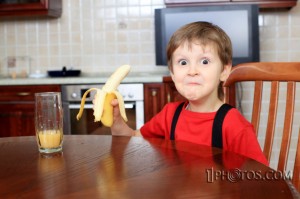 This article was originally published on Amansaman.

There’s a very good reason for government health warnings and TV campaigns: some people are too stupid to understand, and then act on, facts. But there’s another slightly more subtle reason, and it’s the same reason why packets of peanuts say “contains nuts” on the back. It’s an arse-covering exercise. If they’ve assumed you’re an idiot and told you about everything that might be dangerous, you can’t sue them or blame them on those rare occasions when something goes wrong.

Most of us will have grown up with one particular health warning very prominent in our lives: Drugs are bad. M’kay? And most of us will have eventually understood that that’s not true. Some drugs are lovely. Some drugs are really, really excellent. And we’ll have called out the hypocrisy and taken another step toward becoming the cynical, worldly wise souls that we are today.

Of course we know that drugs can do harm. Amy Winehouse is not the first, nor will she be the last person to destroy her or himself by taking too much, too fast. And for every Amy there are a thousand anonymous deaths that are no more than statistics to us. So we do need to understand and act on the facts around drugs.

There are a lot of ways to objectively assess the harm done by different drugs. A recent study in the Lancet classified drugs on the basis of what they do to the person taking them, plus their effect on others around that person. No prizes for guessing that heroin and crack were judged pretty bloody dangerous, while cannabis and ecstasy were comparatively much less harmful. Maybe some slight surprise to find that the ever-popular and legal drug alcohol was judged the number one most harmful, being both incredibly toxic and incredibly socially damaging. I’m sure we’ll come back to minimum pricing for alcohol in a future column, so let’s just leave that there just now.

But a measure which I’ve always thought just as critical as the harm done is whether it is physically possible to get enough of the stuff inside you to kill you. Because I think that tells you a lot about the danger you are putting yourself in when you indulge.

For example, if it takes you four pints to get drunk, then it’s estimated that it would take between five and ten times that amount of alcohol – 20 to 40 pints, or the equivalent in shorts – to kill you. The factor for heroin and crack is even lower. But the factor for cannabis is around 10,000. 10,000 times what it takes to get you stoned before it kills you. And there’s no way around that – you’re going to be asleep before you reach 3, no question.

And so, as you might expect, we come to the issue of bananas.

Bananas are a delicious source of vitamins, minerals and tasty goodness. But one of those minerals is potassium and an overdose of potassium can be fatal. For people with certain medical conditions, the risk is increased, but it is thought that for an average person a mere 250 bananas consumed in one sitting could kill you. This makes bananas several orders of magnitude more dangerous on the scale of getting-enough-in-to-kill-you than cannabis.

And yet bananas are sold freely across this great land. Even to children. They are even sold in our schools! And how long will it be before some resourceful mite stashes away a fatal stock and binges one day during playtime? It’s a sweet, convenient, pocket-sized tragedy waiting to happen.

Despite there being no reported deaths from banana overdose in humans, the fact remains that the banana is a couple of orders of magnitude more lethal than cannabis, a controlled substance the mere possession of which is a criminal offence.

I’m not going to end this with a rallying cry to decriminalise drugs like cannabis and ecstasy, removing a huge cost from the justice system, cutting the profits of criminals and opening up a potential new source of revenue for the Treasury. You’ll have your own views on that, and I respect them (as long as they are the same as mine).

No, my point here is this. Until we do have sensible, rational, fact-based drugs laws, I want a label on every banana in this country. I want a skull and crossbones and big scary lettering. And I want you to only be allowed to buy them from the special banana counter in the supermarket, next to the lottery machine and the PayPoint outlet.

Then we’ll be safe from the banana menace. Only then.

* Unless you are a child below the age of three, in which case, frankly, you shouldn’t be reading this. And get that out of your mouth, whatever it is, you don’t know where it’s been.
at 22:29
Email ThisBlogThis!Share to TwitterShare to FacebookShare to Pinterest