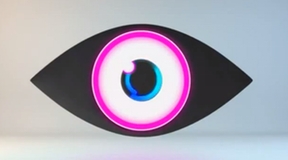 This article was originally published on Amansaman.

It’s on Five, the word “celebrity” has been redefined so that it now includes anyone who’s been on a reality TV show, and the fee clearly means more to most inmates than the exposure – but Celebrity Big Brother is back, and we’re just going to have to accept it.


And following in the footsteps of everyone’s favourite demagogue George Galloway and the people’s day-glo champion Tommy Sheridan, this year sees another politico entering the house in the hope, one can only assume, of emerging with an enhanced reputation and offers of safe seats strewn at her feet. Sally Bercow is a Labour activist and a high profile Twitterer (@SallyBercow), but the reason she is famous is that she’s the wife of the former Tory MP, now Speaker of the House of Commons, John Bercow.

Now I like Sally. She’s smart, she’s witty and she will one day make a very good MP. She tries not to play on her husband’s position, though without it she would have a far lower profile, and she gives as good as she gets from the (many) folk who attack her for being who she is. But I wonder whether she’s made the right decision here.

One thing in her favour, which marks her out from Galloway and Sheridan, is that she is doing the celebrity bit first, and will then do the politician bit second. This is plausible. Celebs can turn political successfully. Ronald Reagan is a high-profile example – a former film actor turned advertising spokesmodel who was recruited by the Republicans as a saleable character and went on to become the wildly successful frontman for a set of free market ideologues. In the UK we have the likes of Seb Coe and Glenda Jackson, who forged serious, if not stellar political careers.

But the fundamental issue, for me , is that politics and celebrity aren’t just different, they’re effectively opposed to each other. The more elections become about name recognition, the less democratic and representative our politicians become. And the more politicians feel they need to expose their personal lives, the less likely it is we will end up with the sort of serious, diligent people in parliaments and councils that we need. Politics is, ultimately, about representation and leadership. Elections should be the selection of candidates we think can best represent and lead. The closer they come to being a personality contest, the less chance we have of decent government.

One of the saddest moments in the run up to the 2010 general election was seeing Gordon Brown appearing on Piers Morgan’s Life Stories. Not because he gave an emotional and upsetting account of his and Sarah’s loss of their child – affecting though that was – but because he had been put there in the first place. His PR people clearly thought that his personal life needed airing with the public to make him less aloof, more “celebrity” and thereby more electable. I think it was a dreadful mistake, and a horrible thing to do to a decent man. Gordon got where he was via politics, not celebrity, because he is clever and politically astute, not because he looks good on TV. I wish he’d told them where to stick the Morgan interview. He’d still have lost the election, but he’d have kept his dignity.

I wish Sally Bercow the best for her stint in the Big Brother house. I hope for her sake it’s a short one. I hope she can then go back to being a decent, principled politician electable for what she thinks and says rather than what she does on the telly.
at 22:40
Email ThisBlogThis!Share to TwitterShare to FacebookShare to Pinterest